Are you as fast as the Millennium Falcon? Can you and your family members build at lightspeed? In celebration of May the 4th, LEGOLAND® Malaysia Resort, which features Asia’s only LEGO® Star Wars™ Miniland, will launch Asia’s inaugural and largest LEGO® Star Wars™Speed Build Challenge to find the fastest builder of the galaxy.

Combining the power of the Force and the learning through play spirit of LEGO®, LEGO® Star Wars™ Days will see families taking their skills to the test and build the X-wing Starfighter at the LEGO® Star Wars™ Speed Build Challenge.

At the end of the challenge, the fastest speed builder among all contenders will receive the limited-edition LEGO® Star Wars™ 75192 Millennium Falcon™ set worth MYR3,499, autographed by the original designer – Hans Burkhard Schlömer!

An annual tradition of LEGOLAND® Malaysia Resort, the much-anticipated Imperial March will see the gathering of Costumed Fan Groups as they march down the streets of LEGOLAND® theme park in their costumes. Pledge your allegiance to the Dark Side or Light Side as you grab a selfie with them!

Mark your calendar as the galactic experience of LEGO® Star Wars™ Days runs from 21 April 2018 – 13 May 2018! Here is the list of immersive Star Wars™experience you can look forward to celebrating your day in a galaxy far, far away:

2. Witness the Largest Imperial March in the Region (28 & 29 April 2018 only)
What a sight to behold! Close to 100 Costumed Fan Groups members will march down the streets of LEGOLAND® Malaysia Resort. Meet and greet session will take place at various parts of the park: The Beginning, LEGO® Technic & LEGO Star Wars™ Miniland.

4. Relieve the Epic Star WarsTM  Battles through LEGO® Star WarsTMMiniland
The largest LEGO® Star Wars™ Miniland Model Display is the only one of its kind in Asia, where models are built with over 1.5 million LEGO® bricks. The indoor exhibit is made up of seven rooms, each depicting iconic scenes from six Star Wars™ movies and Star War™: The Clone Wars™ animated series, in chronological order.

5. Unleash your creativity as a family at LEGO® Family Building Activity
Where’s the fun if you are not embarking on these exciting LEGO® Star WarsTM big build activities with your family? Take your family through the space adventure and build these LEGO® Star WarsTM characters including BB-8, R2-D2 and many more to life!

What’s more, LEGO® Star Wars™ Days at LEGOLAND® Malaysia Resort offers many rewards for you and your family during this fun-filled event. Here are some of them:

• Buy an Annual Pass, and Win a Nissan Almera:  Purchase your premium pass, immerse in the festival of galactic experience beyond the big screen, and stand a chance to win the Nissan Almera. 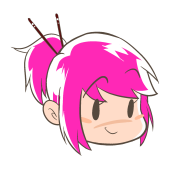 Arrhythmia: Disease of The Heart

Fish and chips under threat..