THE uncle two tables in front of me flips through the daily rag, his bifocals resting just a whisker away from the tip of his nose.

Around him is a sea of colours; the lunch crowd weaving, jostling and manoeuvring around one another. At this hour, seats and tables at this food court in Kuching are a fast-disappearing commodity.

A couple of seconds later, a group of women – four of them – approaches his table. As they hover around his spot, one of them eyes the four empty seats at his table while the others scan the hall for a perfect place to dump their grub, tuck in and talk shop.

Initially oblivious to the predicament of the four young ladies, the uncle continues with his routine of taking dainty bites of his yong tau foo and scanning the newspaper columns. As he picks up his clear mug of chrysanthemum tea, he sees them, and gestures to them to take a seat.

The ladies thank the uncle repeatedly as they put their food and drinks on the table and take their seats. A brief exchange of pleasantries follows and soon, the women start digging in as the uncle continues with his food and afternoon read.

Amid the din, it’s hard to make out the subject of their conversation. But it’s an animated one, for sure. So animated that the uncle can’t help but look up a couple of times, distracted. After a while, he starts chiming in, and the girls start giggling and laughing. Soon, the five of them are at it like they’ve known each other for ages.

One of my friends in college was a kid from Taiping, Perak. His father was a cop that had been posted to Kuching. I remember one occasion; a bunch of us had a huddle session at a shop just outside the campus to discuss a group project.

In the middle of it, Hisham turns, and whispers to me “In Taiping, only old people do this.”

I look at him, puzzled. He gestures with his head to the table in front of us where a group of guys in their mid-twenties were having drinks and laughing. I still didn’t get it.

“You hardly see young people in Taiping – Malays, Chinese, Indians – sitting together, talking and laughing. Only old people do that,” Hisham explains.

I guess growing up in Sarawak and having friends from different ethnic groups, this was normal for us. So normal that we hardly ever give it any thought; it’s like breathing, for us. It’s normal for a Bidayuh family to get a pot of succulent, home-cooked rendang from Auntie Aishah next door, just because she felt like cooking extra. Or for my mum to prepare umai and pack a set for Auntie Aishah in return. Or for dad to allow Uncle Bustari (Auntie Aishah’s husband) to park their car in our porch during the wedding of their insanely hot, gorgeous, 22-year-old daughter. Did I mention she was hot?

As I watch the uncle and the four young women continue with their lunch, I began thinking about how lucky I was to have been brought up in a place where the colour of your skin didn’t matter.

It didn’t matter if you were Kelabit, Melanau, Iban, Malay, Bidayuh, Chinese or Indian. I thank God that this was ‘my’ normal. 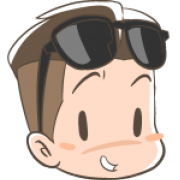 From Engineer To Abstract Painter